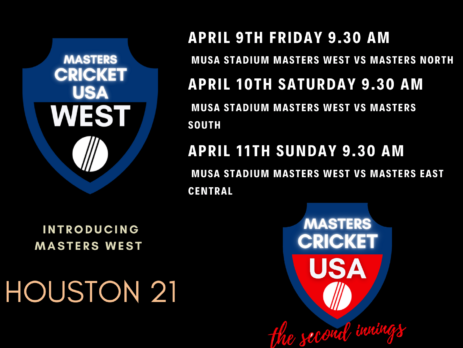 Masters Cricket USA2022-03-26T08:04:26-04:00
True to their roots this team embodies the “California Cool” attitude.
Leading the side would be Janak Patel, a genial cricketer who carries a fiery passion for the game. He has been a giant in California cricket playing many roles as administrator and captain over 30 years and has played for the Gujarat University in India. A man of many talents he has taken to farming and makes fine Wine at the, “Ultimate Vineyards”.
The team features Sanjeewa Weerasinghe, the youngest ever to play Test Cricket for Srilanka. An endearing humble cricketer who lets his bat do most of the talking. One would wonder if he would be more nervous beginning his “second innings” in Over 50 Cricket than he would have been making his test debut as a 17 year old school boy against India in 1985. He along with the legendary Ozair Nana, who represented the USA and owns most of the batting records in Northern California cricket, will form the core of the batting line up for the West. They have a wealth of experience with Dashrath Sankhe who played for Baroda and now runs a coaching academy in Northern California.
Balbir singh who played for Delhi along with the ever effusive Sohail Khan love to be aggressive at the top of the order. Raj Badadare is a steady batsman who played for Maharashtra and also has coached the USA Under 15 team. All rounders Raj Padhi, Mohammad Hamza, Chetan Shah along with batsman wicket keeper Parak Ananta who played for the India Over 50 team will round up a well balanced batting order.
The west will have bountiful options to bowl their 45 overs. The swing bowling will be handled by Dashrath Sankhe, Raj Padhi, Balbir, Hamza and Sohail. The multifaceted spin attack will feature Afroze Ghaffar, Janak Patel, Raj Badadare, Dharmesh Shah, Zanher Aulam, and Chetan.
With this treasure of talent and experience the West will present a tricky challenge at the tournament.
April 18, 2021 By Masters Cricket USA houston 21 cricket, houston, houston texas, masters cricket usa, moosa stadium, musa stadium, musastadium, over50cricket Comments Off on Masters West