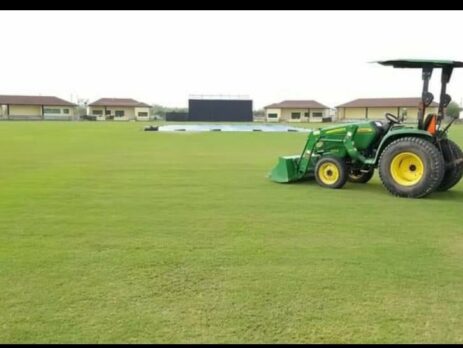 USA Cricket is blessed with brimming talent mostly from ex-pats from cricket playing nations across the globe.  Cricket lovers will know that the first ever international cricket game was actually played in the US almost 200 years ago, in 1844 between the USA and Canada.  Yet, there has been limited progress in the development of the game in the US and the emergence of the US Cricket Team as a force at the Associate level.
A lot of that can be put down to infrastructure or the lack thereof.  Most club cricket in the US is played on clay pitches with jute matting, or worse still, concrete wickets with astroturf matting, the latter because of the lack of dedicated cricket grounds.  The harsh reality in the US is that cricket grounds jostle for space with soccer and other outdoor sports and in general are a footnote in the operations manual for any Parks & Recreation department across any city, big or small.  There are very few exceptions.  What this has resulted in is, when the USA team competes at Associate level tournaments, they are hampered by the lack of exposure to turf wickets – their skill level allows them to compete very well, yet they are unable to cross the finish line consistently as they aren’t used to the complexities of playing on turf.
This is where the Smart Choice Musa Cricket stadium comes as a breath of fresh air, and gives a lot of hope for cricket in the US.  The Musa stadium is a privately owned cricket facility that started with one man – Sakhi Muhammad’s vision and unstinting love for the game. The Musa complex is specifically tailored for the US cricket scene, and practical from a private investment perspective.  Some of the key highlights of this first and only privately owned cricket stadium in the USA are:
The Musa stadium has the distinction of having hosted several US national preparatory camps, hosting the national teams of Denmark and Italy which competed with a Smart Choice Invitational XI that the latter won, and hosting the Canadian team for a preparatory camp.
It is fitting that the first ever Masters Cricket USA national tournament from April 9-11, 2021 will be held in this setting. This tournament will see 56 cricketers over the age of 50 from 4 different regions in the USA competing for the championship in a state-of-the-art Musa stadium and for being selected in a 15 member USA team.  Please follow your favorite team / player on masterscricketusa.com and the Masters Cricket USA FB page.
#Lifeafter50#Cricket#MastersCricketUSA
April 8, 2021 By Masters Cricket USA houston 21 houston, masters cricket usa, musastadium, over50cricket Comments Off on MOOSA Stadium