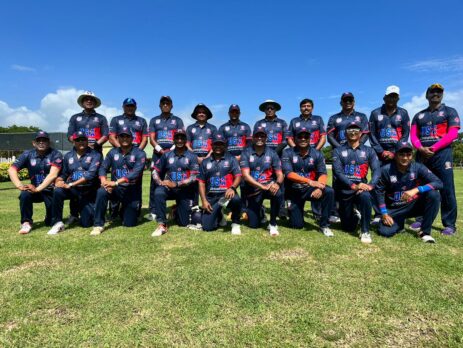 Team USA dominated in all departments batting, bowling, fielding and if I may add another key department fitness as well. No wonder the team ended up on the winning side and winning by a canter at that. Having restricted West Indies to a meager 134 (DL method) the chase was made easy thanks to a rousing start by Sunny Singh who seemed to have had enough of hide and seek of rain and clouds and was keen to hit the bar sooner than later. He made batting look easy and simple by tonking a few over the infield. As a strategy this was a terrific approach given the low target. If a team gets off to a flier, the opponent is always behind the 8 ball.

Rafey Kazi played the perfect sheet anchor role bringing all his experience and calm to the fore. He let Sunny do his thing and kept rotating the strike. Sunny on the other hand did not let any opportunity slip and kept attacking the bowlers. After a brisk start Sunny departed caught Williams off an impressive Chanderpaul who bowled a very tight spell.

Fazal replaced Sunny and was shaping well having swept and cover drove the leg spinner but unfortunately was given out caught behind before he could make an impact. Mohsin Khan then gave some valuable to support to Kazi who was blunting the attack and ensuring one end was safe as Fort Knox.

Mohsin got out after a brief partnership, the USA team played smart ensuring wickets don’t fall in clusters. Kazi batted very intelligently playing deft shots all round the wicket. Sanjeewa Weerasinghe joined Kazi and soon showed why Asian batsmen are termed ARTISTIC!! Sanjeewa was at his stylish best and easily looked the best batsman on either side.
When a batsman shows he has all the time in the world to read length and be decisive in playing forward or back there is nothing a bowler can do. A bowler is as good as a batsman allows him to be. Sanjeewa was a treat to the eye playing late, playing with ease and looked the part.

Kazi’s game awareness and his temperament were top notch. He dint allow any temptation to match Sunny or Sanjeewa come in the way. He was focused on ensuring he provides the platform from where team USA builds the winning path.
Meanwhile Sanjeewa moved from single digits to double in silky smooth way and before you realized he was 25 of 19 balls. That is the hallmark of a TOP CLASS player. Such players don’t make you feel they have been batting long. He played the cut, the cover drive, the on drive, the sweep, the lofted shots literally peppering the entire park with his stroke play.

After Kazi got out, Satyapal Chabra played the same role as Kazi which is to quietly take care of his end. Satyapal rotated the stroke and kept the spinners at bay to ensure no feathers were ruffled. The target was chased down with 10 overs to spare and with 6 wickets in hand.
It has to be borne in mind team USA travelled on Monday and got just a day to acclimatize to conditions. It is obvious the team bonded well and every player understood his role. Parak was very efficient with his captaincy, his field placements and bowling changes were spot on. He used his resources brilliantly. The quick movers were manning the fence and Chintan took a brilliant catch. The team has earned a well-deserved rest and break. Arun Bhai can hit the beach and or the Spa!!
A terrific start to the tour. Nothing like a winning momentum in cricket. The base has been set for a repeat of what team USA achieved in Houston earlier this year when they won the championship.
Wishing the team, a highly successful tour. 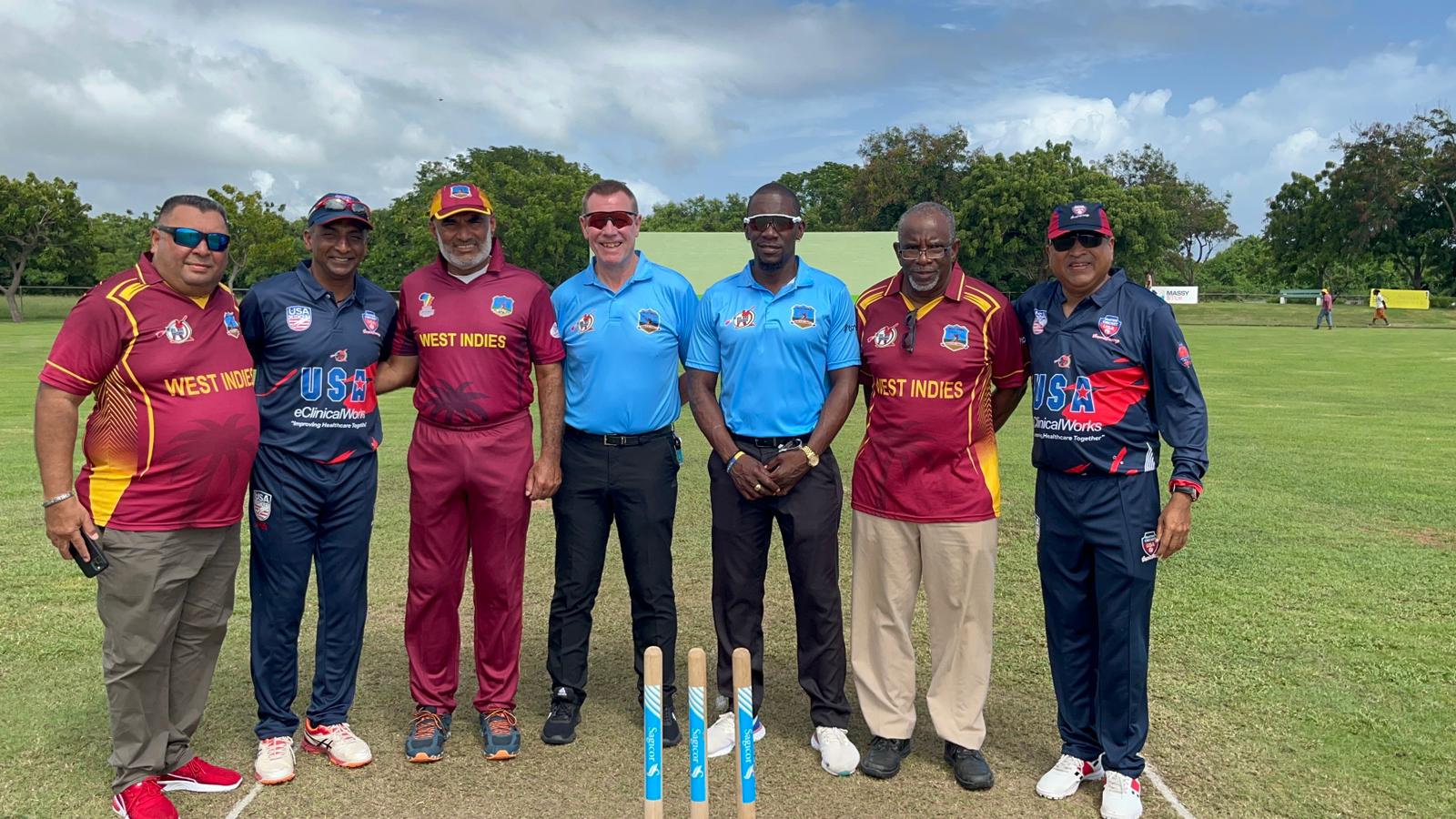 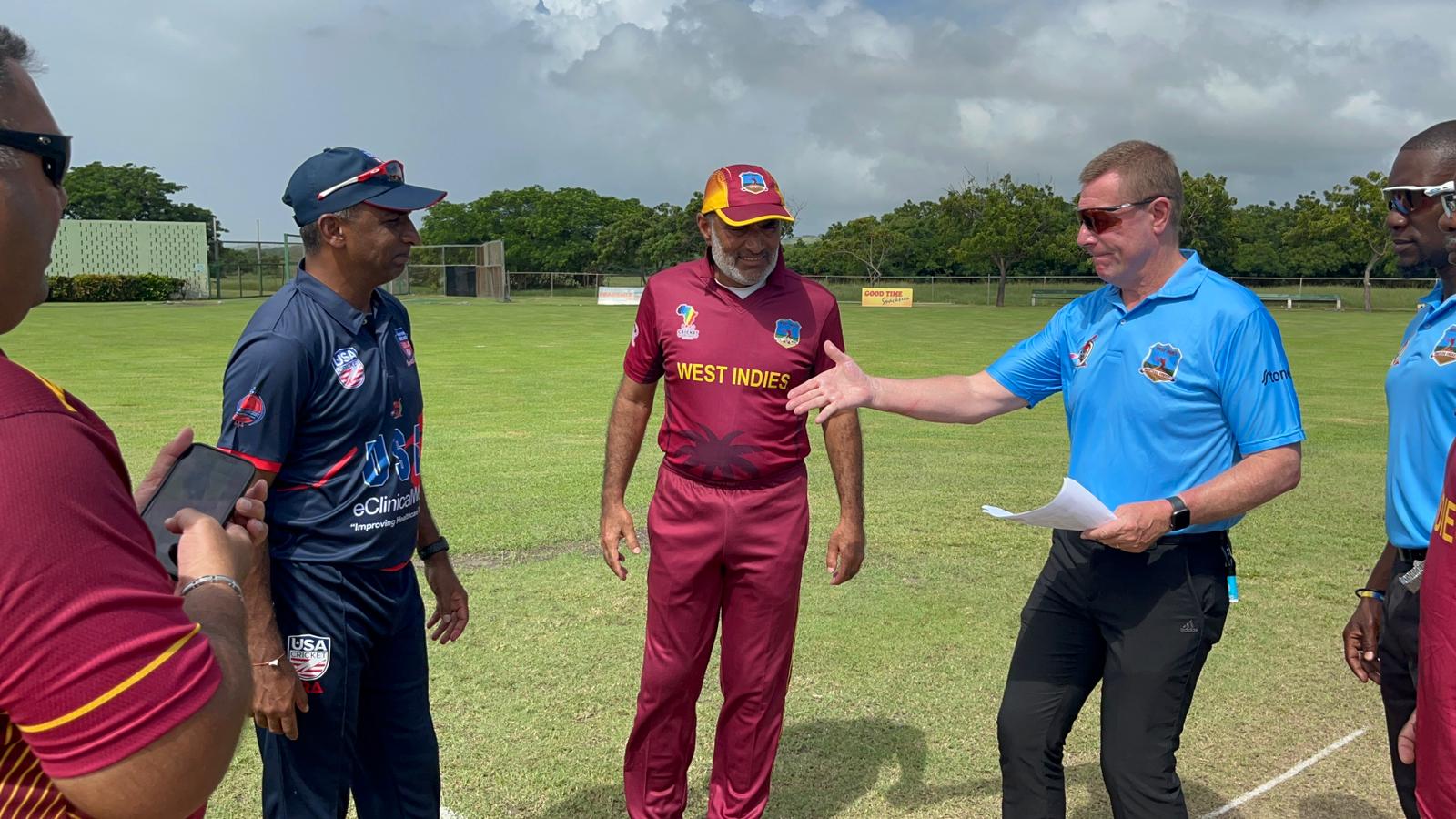