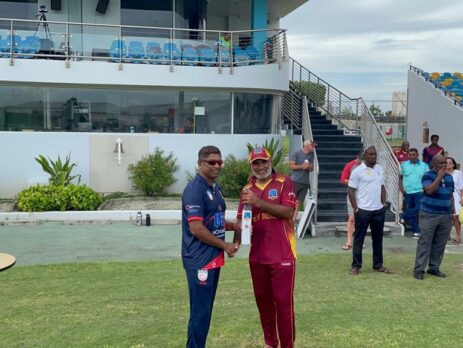 I received a unique compliment recently, good friend called and said “MAN, U WRITE A SHIT LOAD, But don’t worry It smells good” I was shaken but NOT Stirred!!

That was motivation of a unique kind and now that I know some of you don’t mind my LOAD here is another DUMP!!

The West Indies of lates 70’s and most of 80’s dominated the cricket world to an extent that opponents feared playing them. Players feigned injuries to avoid debuting against the might of that team under Clive Lloyd.

The Australians too dominated the late 90’s and much of 2000 to an extent where they went through 3 WORLD CUP events without losing a single league game and winning the world cup all three times. Please note they did not lose a single game in 12 years of World cup subsequent events.
The USA O 50 masters just concluded a winning tour of the Caribbean and did not lose a single game in the event. Forget about losing the team did not even look like losing. That was dominance defined!!

Such dominance of any team does not come easy. It comes with first defining a goal, a goal which every member of the team not just the playing 12 but everyone on the BUS to the ground buys into. If Bahubali the magnum opus Indian movie attained such success it reflects the “buy in from spot boy to director”

I was fortunate to know and feel the “buy in” USA O 50 masters team signed upto. Fazal Alam who introduced me to the masters (I am so indebted to him) spoke to me about this goal about 3 to 4 months back. He shared his fitness video’s, practice sessions, his personal goals from this tour. He said not just him, but every member of the team is meticulously following a course and chasing a dream.

JUNOON is the word which came to my mind when I spoke to Fazal. At times translation kills the intensity of a word so I won’t even attempt translating it. Junoon is a very critical component of ability to dominate and that was an attribute our team carried on their chests the entire tournament.

No better example of Junoon than what we saw from Sanjeeva and Mohsin this morning. USA were put into bat by the home team and were immediately under the pump; Zamin Amin a head which has seen many moons was at his meanest best, bowling a tight line and length. His accuracy and his experience brought him immediate success, he got rid of the stable opening pair of Rafey and Sunny. To pile more misery, he removed Shafique to have USA reeling at 19 for 3 by the 9th over. The West Indians were all over USA like a RASH!!

Sanjeewa walked in and immediately calmed the nerves and ensured a balm was applied to reduce any itch from the rash. The dressing room and 100’s of us following the game from home were put at ease by Sanjeewa’s composure, CLASS and technique. I say technique because the key to play quality spin is to play as late as feasible. Sanjeewa did not commit himself to either foot and played the situation. Mohsin at the other end was resolute in defense and gave Sanjeewa the confidence that one end will be WALLED!!

Sanjeewa sensing he as an able ally went about collecting runs in 1’s and 2’s with an occasional boundary. Slowly and steadily, one step at a time the duo of Sanjeewa and Mohsin got rid of the rash and started to pin prick the West Indians. They saw off the threat from Zamin and Sudesh. A poor bit of fielding by the keeper who could have run out Mohsin by taking a loo break, failed in doing so. That was a huge turning point which made Mohsin even more determined to make the hosts pay.

69 critical runs were added by the pair, Sanjeewa played all round the dial. His innings had class written all about it, the oriental beauty and elegance in his stroke play matched a spotless sky with the sun in all its splendor. Mohsin after sensing the danger was pushed back, opened out to hit the first six of the game. Sanjeewa got out after getting an invaluable 50.

Fazal Alam joined Mohsin, the stage was perfectly set for Fazal an aggressive batsman at most times, but brutal when the opponent is under pressure. Fazal showed his intentions with the very first shot when he cover drove a wide ball from Lashley. I have seen Fazal for decades and can sense his day. Fazal’s penchant shot is the one he goes down on one knee and pulverizes the ball between long and mid-wicket. This shot became famous with Steve Waugh playing It a lot and the word SLOG SWEEP was coined. Long before Steve Waugh popularized this shot, Mansur Ali khan PATAUDI former India captain hailing from Hyderabad played this shot which was Hyderabad crowd favorite. Fazal Alam is a HYDERABADI and seems to have been influenced by one of Hyderabad’s famous sons.

Fazal and Mohsin drilled the NAILS which were laid by Sanjeewa and Mohsin earlier. A classy sweep shot from Fazal stood out and the commentators too spoke at length about it. Another typical Fazal sweet swing to deep mid-wicket took the ball way beyond the stands. Each of these shots had the West Indian shoulders droop lower and lower.
Mohsin played it very smart he rotated the strike and did not bother about going for glory. His role in the USA innings was as important as any. The lower order of Humayun, Chintan played extremely smart to ensure USA reached a challenging total of 189.

The batsmen set up the game for the team USA and the bowlers now had to win the game. I mentioned dominance in the earlier part of this report. To be a dominant force a team needs to have all bases covered. The West Indies and Australian teams I referred to above had batsmen who could pulverize attacks and bowlers who could terrorize batsmen. Both those teams had Wicket keepers of outstanding quality, Jeff Dujon and Adam Gilchrist.

The USA O 50 masters team is a supremely balanced one. To begin with they have a keeper in Parak Anantha whom you hardly notice because he makes no mistakes. A keeper is unfortunately not noticed till he drops a sitter. If you are not noticed, then you are a terrific keeper. To man the new ball Humayun Bashir and Mohsin Khan are two men who can swing and seam the ball and bowl very accurately. To follow them you have Shahnawaz who can make the ball do things. To handle the spin department you have Sanjay Pandya, Chintan Patel and Raj Badadre (who did not play the finals) and Zubair Hussain.

That is a champion bowling attack as there are no easy overs. Each of these bowlers bring different dimensions but have one thing in common which is CONSISTENCY!!!

The West Indies team had no less than 4 first class cricketers who played for decades in the region. They know the conditions well and it was not a walk in the park for USA even though they had 189 in the bank. The USA bowlers though bowled such tight lines and lengths and above all had impregnable discipline which made the West Indian batsmen keep their reputations in the kit bag in the dressing room. Not one of them was given scope to express themselves.

Brian Johnson, Sudesh Dhaniram, Raj Mangalie, are some serious players with massive records in first class cricket. The bowling efforts of all USA bowlers Humayun, Sanjay, Mohsin, Chintan, Zubair, Shanawaz brought out the expression or word JUNOON all over again. It was incredible to see only 2 wides being bowled in an entire innings. The spin twins Sanjay and Chintan and a third bro Zubair spun such a web around the batsmen that they bowled more maiden overs than boundaries scored in the innings.
Each of the spinners are unique in what they do and similar in what they achieve. Chintan is a very tough customer to get away, he has multiple release points, I can easily think of 4. These release points allow him to vary pace and length of the delivery. Sanjay uses his height to great effect. Zubair sticks to a spot and keeps hitting that length. Javed Miandad the famous Pakistani batsman was frustrated with Dilip Doshi the Indian left arm spinner’s consistency and yelled “ kutte ki tara Tang Pakda hai” ( he is at my leg like a dog) A consistent length from a bowler frustrates the best of batsmen.

Chasing 190 the West Indies team was never in with a chance. It became embarrassing until Anthony Morris lived up to his reputation and tonked a few but it was too much water under the bridge by then.
USA won in a canter and wrote a chapter in gold in the MASTERS HISTORY!! This win will motivate the 40’s and 60’s team to try and emulate what the middle-aged men did. A big shout out to the coach ARUN VITTALA!! Very rarely the support staff get their due. Arun, Jamal, Ashish you’ll have been with the team and gave your very best. It is never easy not to be playing and just be part of the party.

Similarly, a big shout out to the entire squad particularly those who did not get to play all the games. Seniors like Rafey, Shahnawaz, Raj Badadre sat out games to ensure everyone gets games. Please pardon me if I missed out any names, I am towards the end of the LOAD DUMP!!!

CONGRATULATIONS to the entire squad, lets not forget the support from the entire masters FAMILY. All of whom watched and supported the team a big round of applause to you’ll.

I enjoyed covering the games, looking forward to doing more of these and next time being present at the grounds hopefully!!
Cheers
Ravi Suri 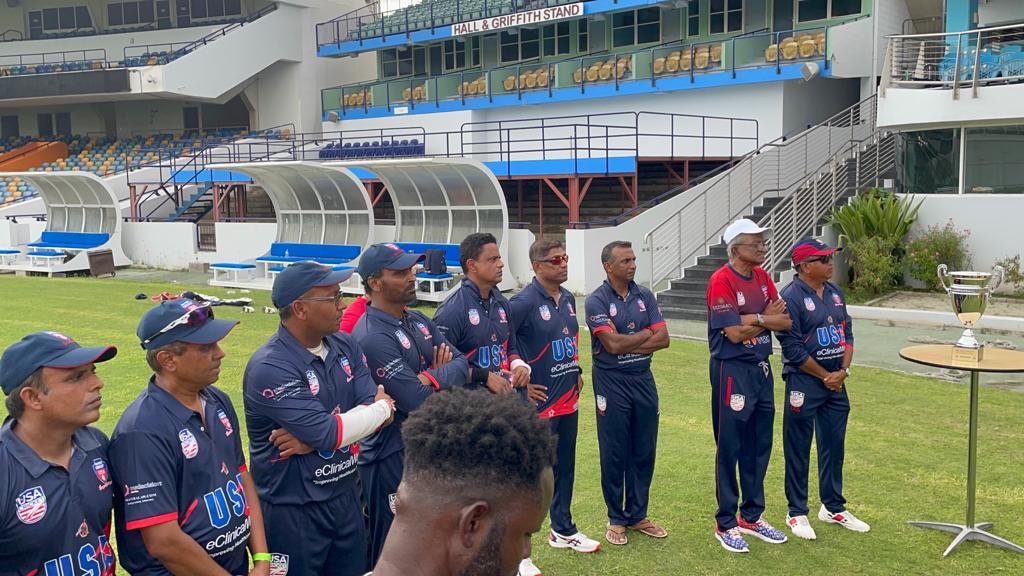 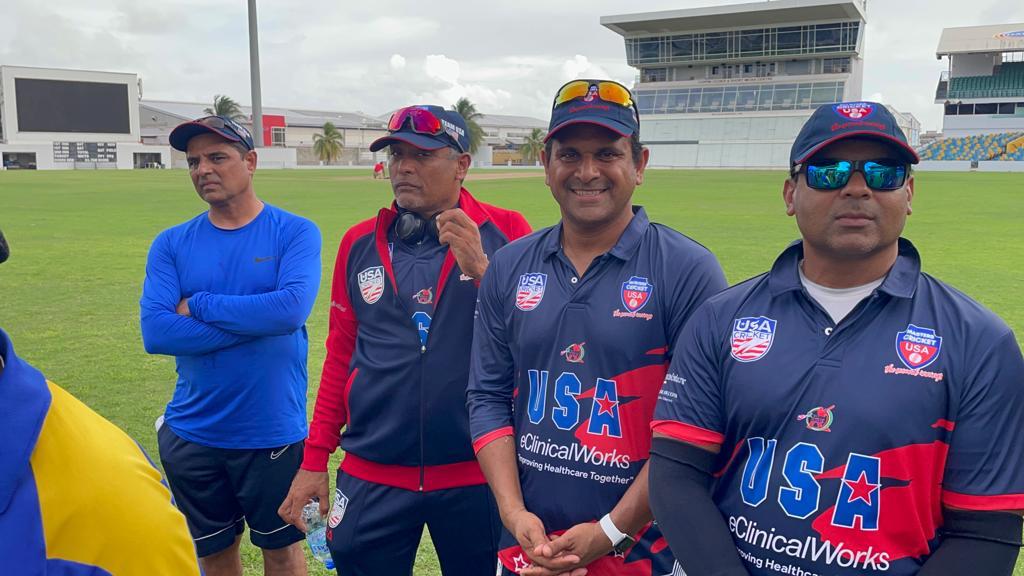 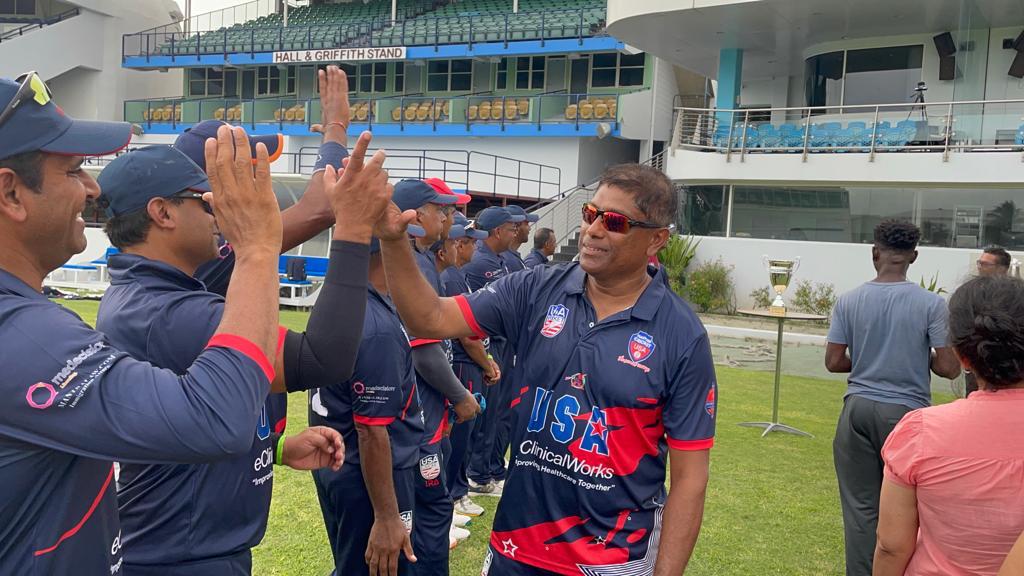 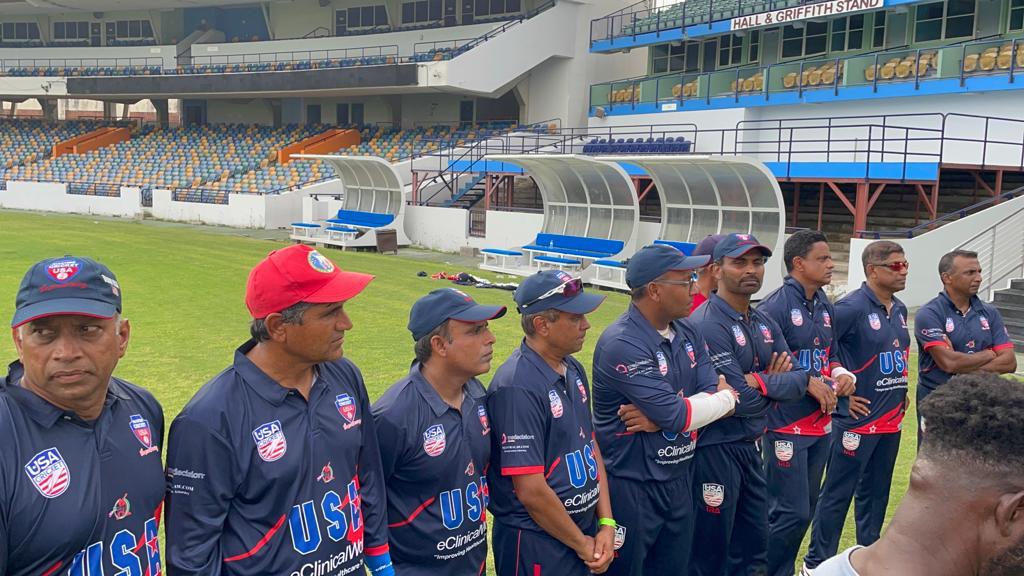 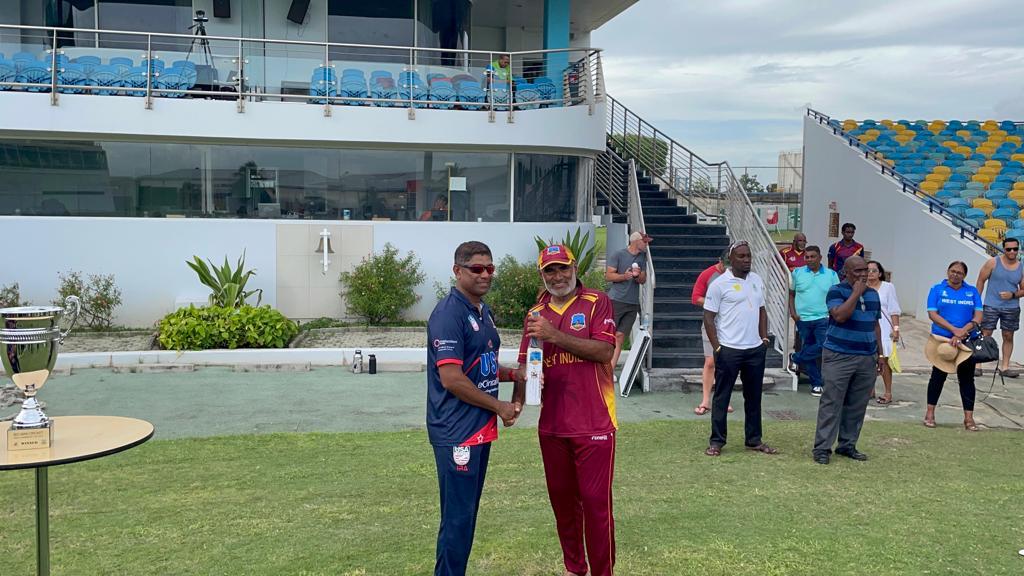